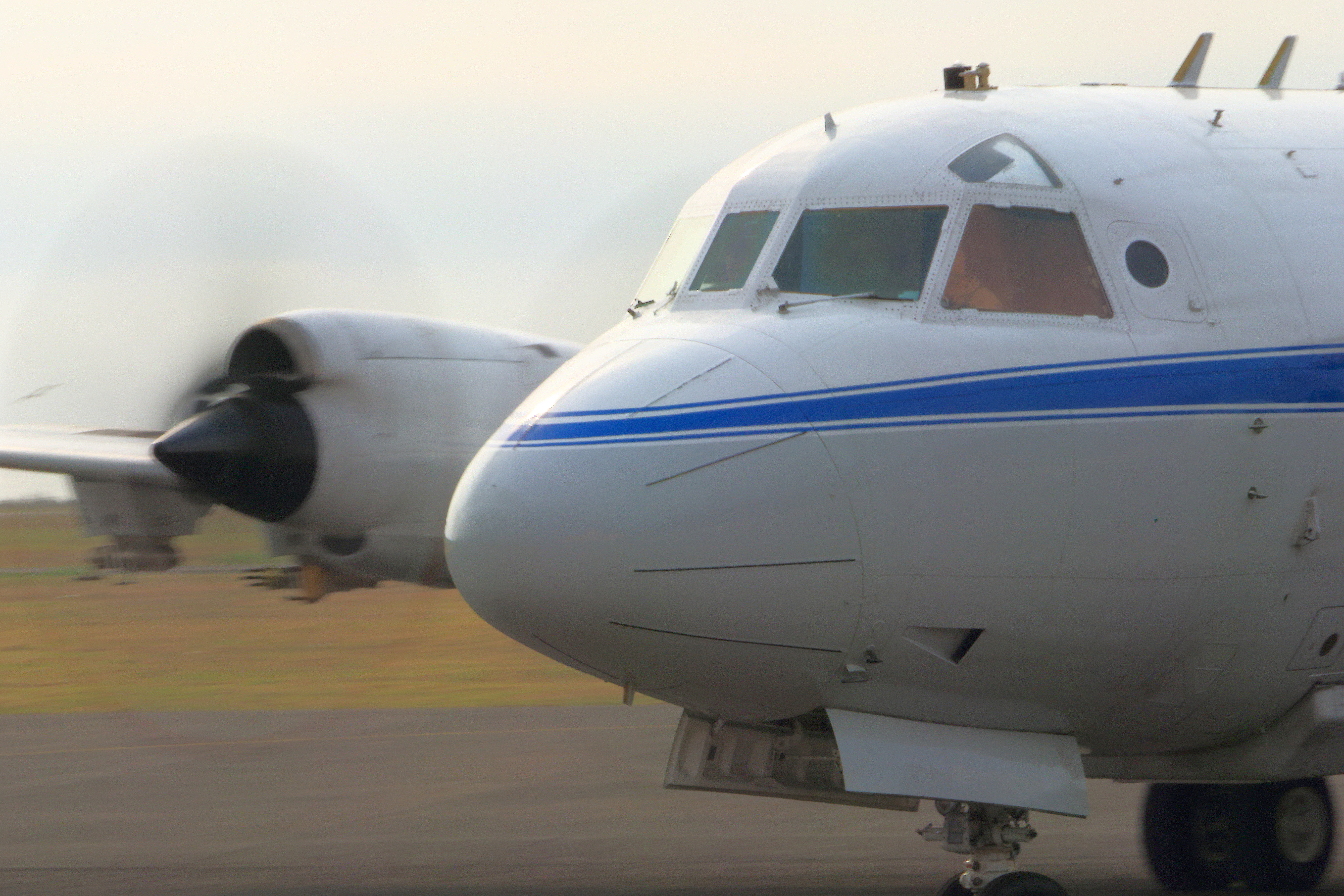 1/10/22 – As clouds rise through the atmosphere, they transport water vapor that condenses into liquid drops and releases large amounts of energy into burgeoning storm systems, turning mild weather events into violent squalls. Learning more about the relationship between water vapor and powerful storm systems would improve researchers’ ability to forecast destructive weather events.

“We know that water vapor is a necessary fuel for severe storms, but exactly how water vapor contributes to the initiation and organization of severe storms remains unclear. Answering that question could really help us prepare for potential disasters more efficiently,” said Matt Lebsock, a researcher at NASA’s Jet Propulsion Laboratory (JPL).

Using funding from NASA’s Earth Science Technology Office (ESTO), Lebsock and fellow JPL researcher Ken Cooper are working on the Vapor In-cloud Profiling Radar (VIPR), a new instrument that would allow scientists to profile water vapor within the cloudy atmosphere. In other words, researchers would be able to measure the amount of water vapor in an active storm system as it forms, giving them unprecedented insight into how water vapor is distributed within storm systems and influences severe weather.

Researchers use a number of instruments to observe Earth’s atmosphere and gather data for weather predictions, including tools like Lidar and passive infrared and microwave sensors. But these technologies are limited in their ability to measure water vapor as it circulates within churning, active weather systems.

“We can measure larger objects, like rain drops and snowflakes, but we can’t quite observe the gases, like water vapor, within a storm system that bring so much energy to that system in the first place. It’s a knowledge gap that makes it difficult to understand the small-scale details occurring within storms,” said Lebsock.

In addition to studying water vapor in severe storms, VIPR will help measure water vapor within fair-weather clouds. Of particular interest are low altitude cumulus and stratocumulus clouds within the Planetary Boundary Layer (PBL). The PBL, which is the lowest portion of the atmosphere, interacts strongly with the Earth’s surface and is a top focus area identified in the 2017 National Academies Decadal Survey for Earth Science.

A key uncertainty in projections of climate change relate to how these clouds within the PBL might change in the future. Through its measurements of in-cloud water vapor profiles, VIPR will help researchers answer these questions.

To gather data on water vapor, VIPR transmits energy at very high microwave frequencies sensitive to water vapor concentration. These frequencies, near 170 GHz, are almost 100 times higher than those used for conventional weather radar, which introduced challenges in the development of the instrument.

VIPR takes advantage of several technology developments to bring high frequency microwave radar observations to the skies and, one day, even to space. In particular, VIPR’s low-weight, high-power transmitter makes it possible to create instrumentation both fit for flight and powerful enough to observe absorption of radiation from water vapor molecules within active storms.

“When we first developed power-combined millimeter-wave Schottky diode frequency-multipliers at JPL, they achieved record performance by operating continuously at several hundred milliwatts. That may not seem like much, but this marked a huge development in our ability to build radars at an ultrahigh frequency,” said Cooper. 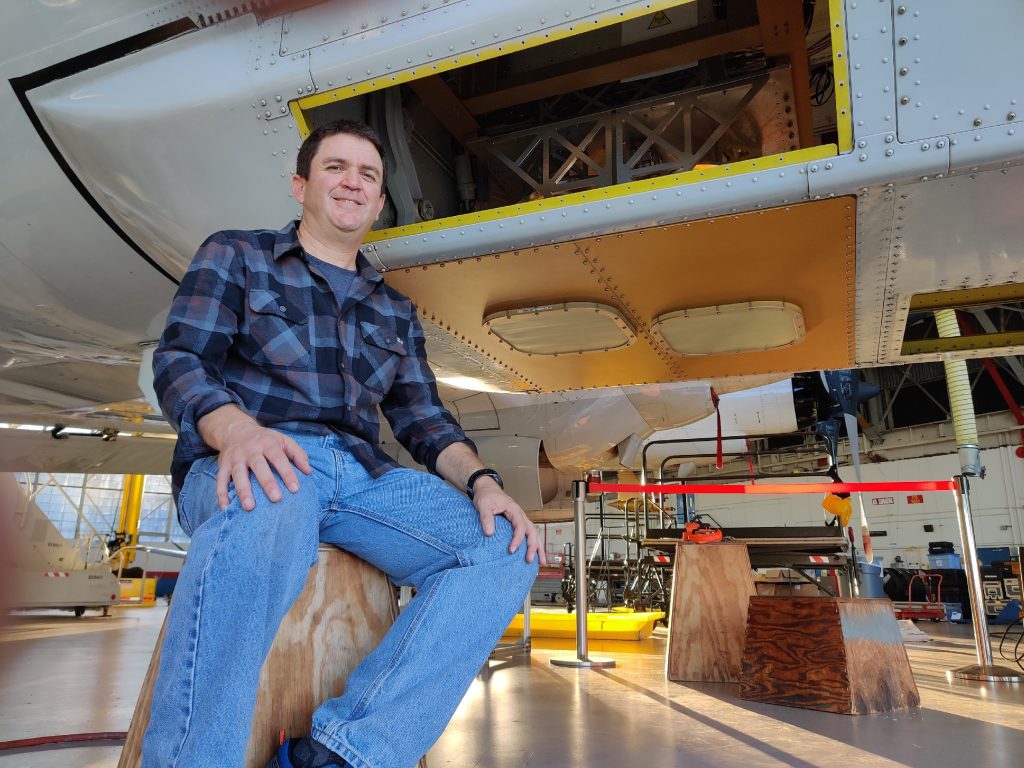 Using this transmitter, the VIPR team assembled a prototype instrument and performed airborne tests onboard a small, unpressurized Twin Otter airplane in 2019 and 2020. The successful test flights proved their instrument concept was feasible, and they began upgrading the instrument for routine science measurements in different aircraft.

“We adapted VIPR to fly onboard a different, larger aircraft alongside a suite of other instruments,” said Lebsock. Specifically, VIPR will fly during an upcoming research flight for the Investigation of Microphysics and Precipitation for Atlantic Coast-Threatening Snowstorms (IMPACTS) project. Onboard NASA’s four-engine P-3 Orion, VIPR will measure water vapor within winter storms, providing scientists with new insights into how this energizes storm systems and potentially makes them more destructive.

“We’re very grateful to the IMPACTS team for letting us hitch a ride on their research flight. As VIPR continues to develop, we hope its gathered data will one day help them in their mission to learn more about winter storms,” said Cooper.

NASA’s Earth Science Technology Office played a critical role in advancing VIPR from an instrument concept to a fully-functioning instrument prototype. VIPR graduated from ESTO’s Advanced Component Technology (ACT) program and its Instrumentation Incubator Program (IIP) before entering the Airborne Instrument Technology Transition (AITT) program, which matures measurement concepts like VIPR to into facility-class airborne instruments that are ready to be used in scientific airborne campaigns, such as IMPACTS.

Cooper and Lebsock have high hopes to one day integrate their instrument onboard a space-based platform and study storms systems across the globe. But for now, their goal is to use VIPR’s IMPACTS flight to demonstrate their instrument is ready for NASA airborne field campaigns.

“A vantage point from space is hard to beat, but there’s a lot of excellent science to be done using airborne platforms. VIPR could be an excellent addition to our current instrument capabilities,” said Lebsock