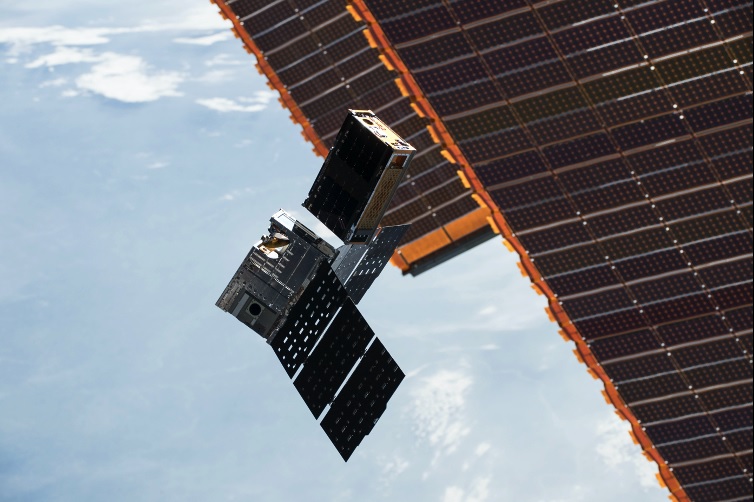 “We couldn’t be happier. TEMPEST-D exceeded nearly every measure of success we set when designing this mission. It continued to collect valuable scientific data until its last days in orbit and greatly exceeded our expectations,” said Steven Reising, a professor of electrical and computer engineering at Colorado State University (CSU) and Principal Investigator of the mission.

With support from NASA’s Earth Venture (EV) program, Earth Science Technology Office (ESTO), and Jet Propulsion Laboratory (JPL), Reising and his team developed the Temporal Experiment for Storms and Tropical Systems Demonstration (TEMPEST-D) mission to determine whether a low-cost constellation of small-but-mighty microwave sensors could improve the temporal resolution of weather and climate data, compared to traditional large satellites already in Low Earth Orbit (LEO). Specifically, they deployed instruments on board a small satellite to capture novel datasets for studying Earth’s atmosphere as a storm evolves and innovate new approaches for sampling atmospheric temperature and humidity across multiple frequency bands. In addition, the team wanted to demonstrate that a very-low-noise amplifier could reliably spend years gathering measurements comparable to larger satellite instruments from a CubeSat-sized platform in space. All of this information helps scientists improve meteorological models and study convective tropical storms, potentially increasing the accuracy of weather forecasts.

“A lot of hard work went into this project. Along with our NASA colleagues, private-sector partners from Blue Canyon Technologies in Boulder, Colorado were instrumental in accomplishing this ground-breaking mission,” said Reising.

“During our first full orbits of measurements, we were able to peer deep into Hurricane Florence and view the interior structure of the storm. It’s extremely rewarding to see a system you’ve worked so hard on payoff in such a tangible way,” said Reising. 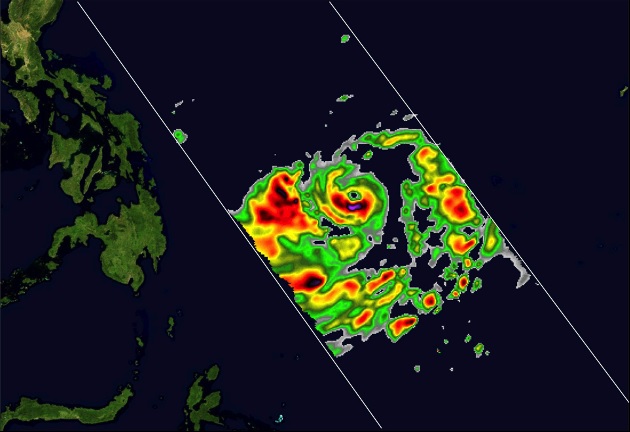 TEMPEST-D remote-sensing observations of Typhoon Surigae, the strongest Northern Hemisphere tropical cyclone (TC) to form before May and one of the most intense TCs ever observed. TEMPEST-D observed these precipitation bands rotating around the eye  east of the Philippines on April 16, 2021. The yellow and red colors indicate the heaviest levels of precipitation. (Credit: NASA/JPL/CSU)

Alongside two other ESTO CubeSats – RainCube and CubeRRT – TEMPEST-D hitched a ride to the International Space Station (ISS) onboard an Orbital ATK Antares rocket in 2018. A team of astronauts then deployed TEMPEST-D from ISS into Low Earth Orbit (LEO), where it validated the new-to-space instrumentation and a passive drag technique to position a number of small satellites into a working constellation.

Together, RainCube and TEMPEST-D gathered complementary radar measurements of precipitation in storm systems, demonstrating the potential for a network of small satellites to perform companion Earth observations of storms. RainCube deorbited on December 24, 2020.

“Technology concepts may work fine on Earth, but to incorporate them into future research missions, we must make sure they work just as well in space. The TEMPEST-D mission is a milestone in our quest to develop cutting-edge, cost-effective satellite systems,” said Sachidananda Babu, Program Manager for ESTO’s In-Space Validation of Earth Science Technologies (InVEST) program.

TEMPEST-D continued to relay valuable scientific data back to Earth, even as its orbit slowly decayed before it burned up completely in Earth’s atmosphere. An “identical twin” to the TEMPEST-D instrument – developed by JPL and managed by the U.S. Air Force – will be deployed on ISS at the end of this year to demonstrate low-cost sensor technologies and acquire simultaneous surface wind and atmospheric sounding data over the oceans.

“It’s a pioneering mission. We’ll be seeing returns from this mission for a long time to come, just as we are benefitting from dual-polarization observations from ground-based microwave remote-sensing systems,” said V. “Chandra” Chandrasekar, a professor of electrical and computer engineering at CSU and Co-Investigator for TEMPEST-D.

“The confidence gained from the success of TEMPEST-D can directly lead to innovative constellations of small satellites for Earth remote sensing, as we have never been able to imagine before,” added Reising.

Further information and data from TEMPEST-D can be found at: https://tempest.colostate.edu/