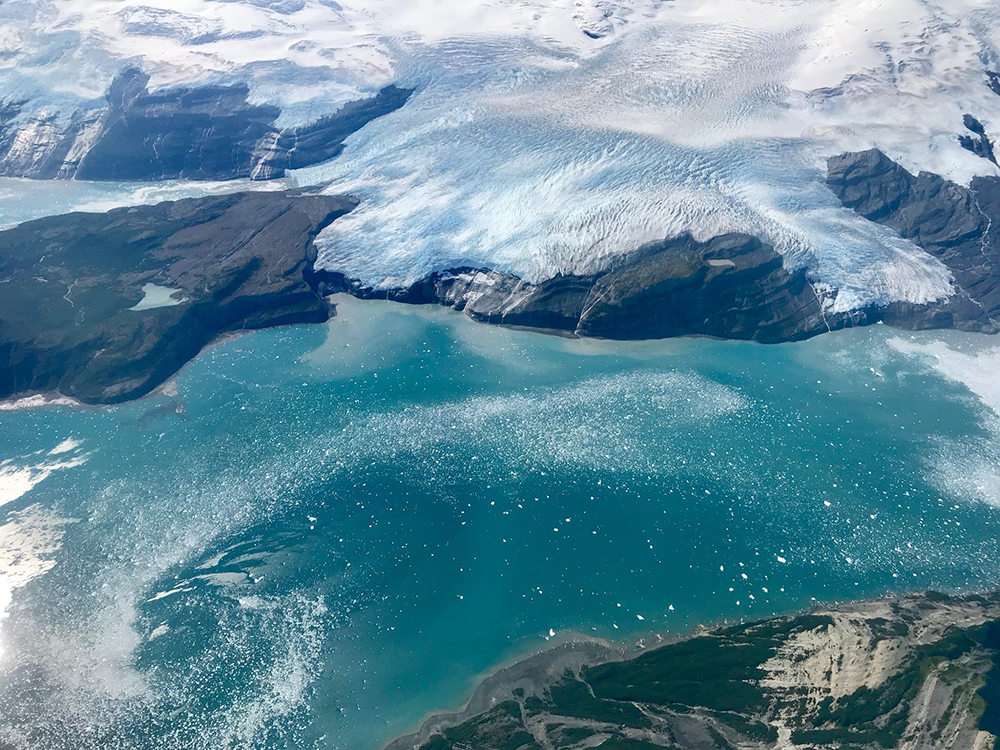 9/7/2021 – Earth’s snowpacks contain more than half of our planet’s freshwater supply and help regulate the amount of radiation our planet absorbs from space. But rising global temperatures could completely change how snowpacks interact with other critical Earth systems.

“We hear a lot about sea level rise, which would definitely be a problem if our snowpacks melt. But it would also have a huge impact on weather systems and people’s access to freshwater,” said Roger De Roo, an Associate Research Scientist at the University of Michigan

Using a grant from NASA’s Earth Science Technology Office (ESTO), De Roo and his team are working on a new technique for measuring the depth of Earth’s snowpacks. Their project, Wideband Autocorrelation Radiometry (WiBAR), would allow space-based remote sensors to measure broadband microwave radiation as it seeps skywards through a snowpack’s interior. With that information, scientists would be able to calculate not only how thick a snowpack might be, but also its water equity – the amount of freshwater that would be released should that snowpack completely or partially melt. Currently, scientists make these predictions by gathering data on a snowpack’s microscopic structure – down to the makeup of individual snowflakes – and then using that data to describe its macroscopic properties like water equity. While WiBAR is still in the early stages of development, De Roo’s technology concept could potentially let scientists observe snowpack’s macroscopic properties directly with space-based remote sensors, making it much easier to study snowpacks situated in hard-to-reach places and dramatically reducing cost of creating reliable data sets describing how quickly snowpacks melt.

“We still have a lot of work to do before we’re sure this technique will work, but it could become a critical asset for scientists looking to better understand Earth’s cryosphere,” said De Roo.

Scientists have used microwave radiometers to probe snowpacks for more than thirty years. By observing sub-centimeter wavelength microwaves rising through a snowpack and recording how those microwaves scatter off individual snow crystals, these radiometers provide scientists with detailed information about a snowpack’s microstructure. A research team can then use that information to calculate how much snow and potential water that snowpack contains.

“These shorter microwaves scatter off most objects they encounter. The strength and angle at which they then ricochet off a target tells you a lot about that target’s microscopic composition. When it comes to snowpacks, this technique has been the go-to for decades, and we’ve been able to learn quite a lot using it,” said De Roo.

But there may be room for improvement. Specifically, De Roo would like to develop an instrument that would allow researchers to directly measure a snowpack’s macroscopic properties instead of indirectly measuring those properties by combing through microscopic data.

WiBAR would measure the amount of time it takes microwave radiation at wavelengths longer than a centimeter to pass from Earth’s surface through targeted snowpacks and into the atmosphere. Unlike shorter microwaves, these longer microwaves largely ignore a snowpack’s microscopic properties and interact directly with the surface boundaries separating a snowpack from the ground beneath it and the atmosphere above it. Measuring these longer wavelengths would make it easier to turn raw data into valuable data products describing the depth of a snowpack and its water equivalency.

The question is whether an instrument like WiBAR can measure longer microwaves from space. While De Roo and his team have demonstrated that measuring these longer wavelengths could help measure snowpack depth and water equity, they are still designing experiments that would demonstrate a space-based instrument could reliably gather those measurements.

“We’re far from having a complete instrument, but we’re also more aware of the research questions we need to answer to produce that instrument. Working with a group like ESTO that wants to help scientists explore the feasibility of their technology concepts has been extremely helpful,” said De Roo.

While De Roo emphasizes that there’s still a lot of work to be done before WiBAR ever enters orbit, he’s optimistic that this technology concept may one day make it easier for researchers to study Earth’s snowpacks and ice sheets.

“Right now, we’re losing ice at an astonishing rate, and we’ll only lose more as our climate continues to heat up. We need new technologies to help us understand the full impact of this loss,” said De Roo.