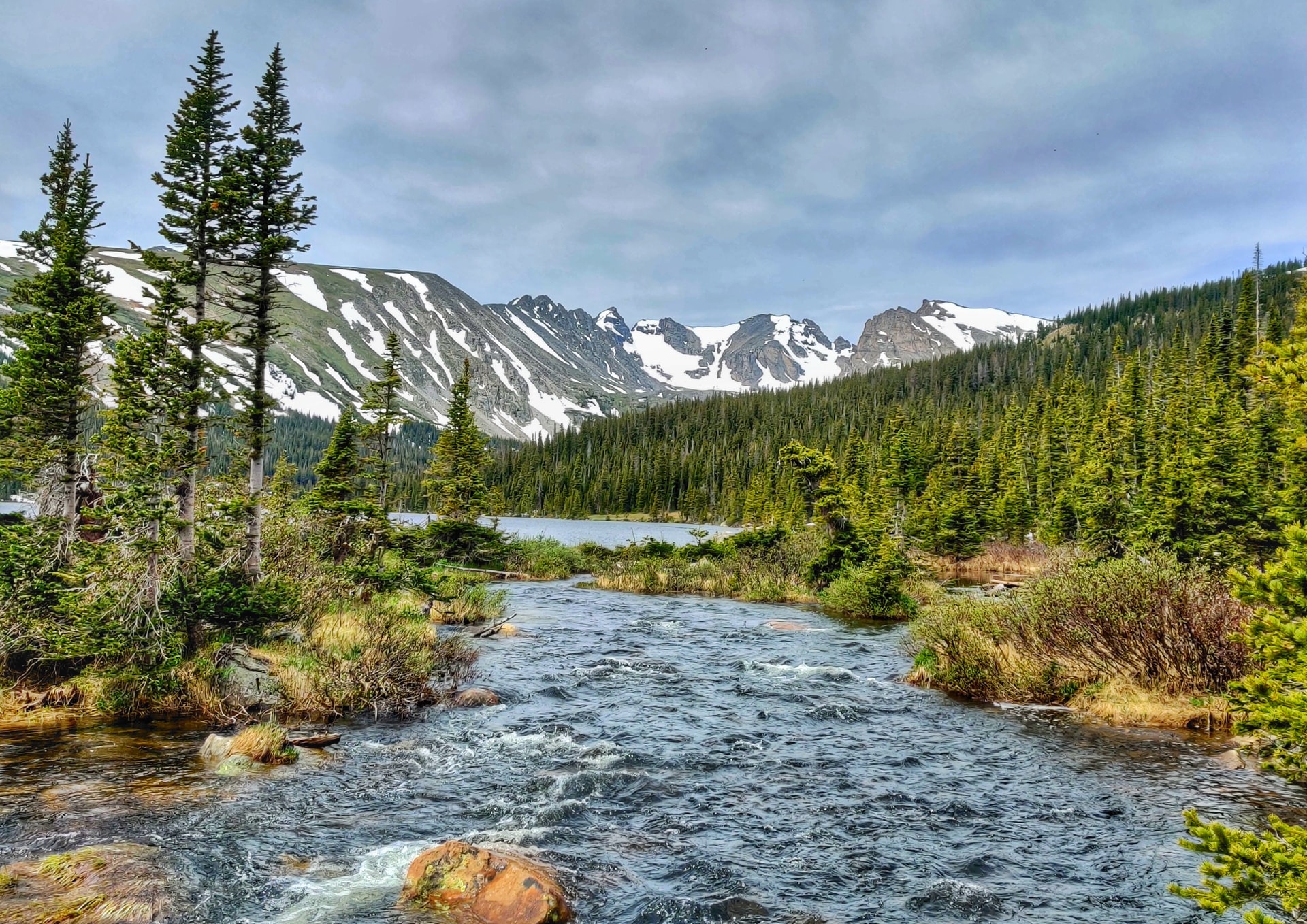 A stream in Long Lake, Colorado. Mountainous snowpacks are a critical component of the region’s water cycle, accounting for as much as 75% of its freshwater. (Credit: Kaushal Subedi)

8/8/2022 – Extreme drought afflicts more than 20% of the American West, impacting everything from food prices to conservation efforts. Mitigating the effects of this ongoing drought requires advanced sensors for monitoring the water cycle and managing dwindling water supplies more efficiently.

“NASA has a lot to offer in this regard. Space-based sensors provide us with a unique vantage point for observing Earth systems like snow accumulation and melt,” said Simon Yueh, a research scientist at NASA’s Jet Propulsion Laboratory (JPL).

Alongside a team of fellow NASA researchers, Yueh and his colleagues at JPL developed Signals of Opportunity Synthetic Aperture Radar (SoOpSAR), a unique remote sensor that parses radio signals produced by telecommunications satellites for information about mountainous snowpacks. With just four or five SoOpSAR satellites, researchers could monitor mountainous snowpacks on a global scale.

“The idea is to leverage signals from other communications sources, such as GPS. This allows us to just build a receiver to capture reflected signals as they ricochet back into space,” said Yueh.

By taking advantage of existing high-power radio transmissions already bouncing off of Earth’s surface, SoOpSAR can collect detailed data describing fallen snow with no active transmitter of its own. This allows SoOpSAR to reduce weight and power consumption without sacrificing data resolution.

“If we use a constellation of these small satellites, we can combine the signals they receive in a coherent way to sharpen the ground resolution,” said Yueh.

To provide water-users with effective data describing snowpacks, Yueh said that an instrument needs to observe mountainous regions at a resolution of just hundreds of meters per pixel with ability to penetrate foliage and deep snowpack. This means transmitting within the P-band wavelength, a lower frequency than the L-band Global Navigation Satellite System frequencies currently in use by NASA CYGNSS instruments.

P-band transmissions are typically reserved for land and satellite mobile services, as well as TV broadcasting. There are no restrictions for receiving P-band transmissions produced by communication satellites, which are encrypted and indecipherable. With just a small radio receiver fixed to a CubeSat, SoOpSAR would allow Yueh and his colleagues to comb those transmissions for information about mountainous snowpacks.

“One of the most complex parts of a big, powerful radar is that it’s very power hungry. A high powered radar transmitter for space missions may require 1,000 or 2,000 kilowatts of electricity, large deployable antenna and solar panels, greatly increasing the size and weight of instruments dedicated to broadcasting within that wavelength. That makes the spacecraft very big and very expensive,” said Yueh.

In contrast, SoOpSAR only consumes about 20-30 watts and would be small enough to fit onboard a small satellite platform.

Yueh explains that small satellites, which are far less expensive to produce, deploy, and operate in space, can already observe Earth systems like severe weather, wildfires, and atmospheric aerosols. But CubeSats are currently ineffective at studying mountainous snowpacks, which often settle around dense forest canopies and change greatly within relatively small distances.

“So how do you penetrate those canopies to look at the snow? You need more power, but more power means more weight, larger satellites, and more expensive missions based on current radar technologies,” said Yueh. “SoOpSAR offers a cost-effective alternative.”

Mountainous snowpacks are critical components of Earth’s water cycle, making up as much as 75% of all freshwater in the American west alone.

“If you look at just the Tibetan plateau, the population supported by that is in the billions. If, someday, the amount of water from snow changes significantly, what do you think would happen? There’s going to be a global impact,” said Yueh.

As human-made climate change continues to alter our environment, Yueh said that developing advanced missions to better understand the state of Earth’s snowpacks is of paramount importance.

“I think all of us need to be very, very concerned about this snow distribution pattern and how it might change in the mountainous regions. Some people say, ‘well, it only impacts people who live in these areas, so who cares?’ We care. Billions of people care,” said Yueh.