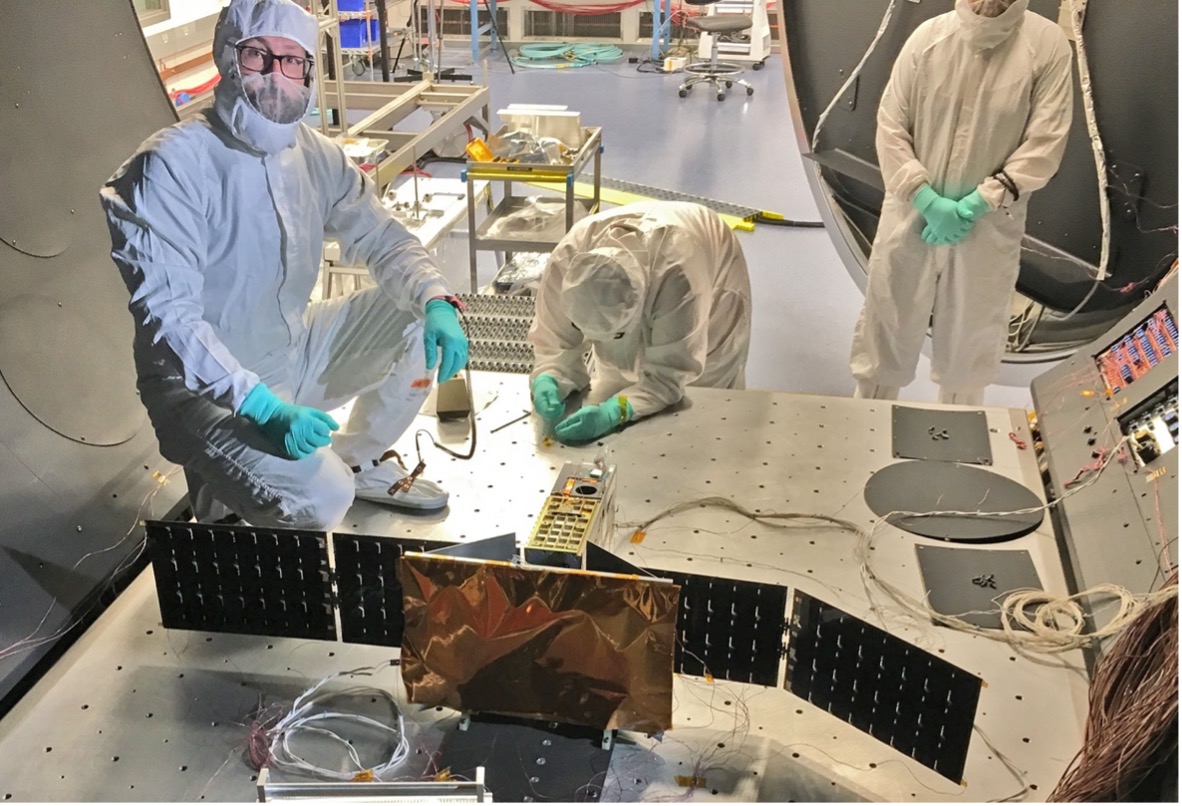 Researchers from the Laboratory for Atmospheric and Space Physics (LASP) at the University of Colorado, Boulder, teamed up with NASA’s Earth Science Technology Office to develop a new instrument for exploring the spectral composition of solar energy more efficiently.

Their Compact Solar Irradiance Monitor (CSIM), a 6U CubeSat about the size of a shoebox, observes individual spectrums of solar radiation with less than 1% uncertainty – an unprecedented level of accuracy for a small satellite dedicated to observing spectral solar irradiance (SSI).

A sister instrument, the Compact Total Solar Irradiance Monitor (CTIM) will measure total solar irradiance (TSI). Together, the two CubeSats represent a significant advancement in our ability to understand the Earth Radiation Budget (ERB), or, the amount and types of energy Earth absorbs or reflects, as well as thermally emits, back into space. CTIM launched on July 2nd, 2022.

Climate scientists currently rely on an unbroken TSI data record more than 40 years long. Maintaining that continuous record is vital for ensuring current and future researchers are able to understand and potentially predict the effects of climate change.

“It’s very important, from the atmospheric chemistry point of view, to determine how much ultraviolet radiation, infrared radiation, and other wavelengths of radiation Earth receives, and how the amounts of each type of radiation changes over time,” said Erik Richard, a Senior Researcher at LASP and CSIM’s principal investigator.

Richard explains that while this instrument is very effective, it is also relatively large. This means it and similar instruments require significant resources to deploy and maintain, increasing the overall cost of solar irradiance missions and making it difficult for scientists to dispatch replacements should one of these instruments fail or malfunction.

“We asked ourselves, ‘can we have a more rapid response, a less-expensive instrument that is as high-quality as these other instruments?’” said Richard.

A CSIM prototype deployed in 2019 helped answer that question. For nearly three years – two years beyond its expected lifespan – CSIM relayed valuable data describing the spectral composition of solar radiation between the 200 and 2800 nm wavelengths, a diverse spectrum which includes both visible and invisible bands of solar radiance.

“The risk of a gap is mitigated in the sense that, if you have two or three of these less expensive instruments constantly in orbit, if you lost one, you’d have the redundancy to fill that gap, and it’d be easier to get a new one into orbit,” said Richard.

CSIM’s design is remarkably simple: a precision aperture allows a measured amount of solar radiation to reach an internal prism, which breaks that solar radiation sample into individual wavelengths. Multiple radiation detectors then measure how much of each wavelength is present in the sample.

Working with colleagues at the National Institute of Standards and Technology (NIST), Richard and his team at LASP developed very accurate compact radiation detectors made of vertically aligned carbon nanotubes. These nanotubes are extremely dark – one of the darkest substances on Earth – and absorb nearly all radiation along the electromagnetic spectrum. This allows for accurate thermal detection of solar radiation.

CTIM uses the same absorptive substance and detection technique to accurately measure the TSI, or, the gross sum of all sunlight that reaches Earth – about 1,361 watts per square meter at the top of Earth’s atmosphere.

In the future, NASA may merge CSIM and CTIM into a combined, compact satellite payload, allowing scientists to monitor both the total amount of solar energy reaching Earth and the individual spectral components making up that total with a small constellation of CubeSats.

“Right now, we’re going through the data we collected with CSIM and exploring the possibility of developing a new design to merge it with the new CTIM instrument. That would be a really exciting development for solar irradiance studies,” said Richard.

“ESTO was critical. They allowed us to take risks, and we were able to prove that our technology concept is feasible and that its ready for larger NASA missions,” said Richard.