NACHOS, which consists of two 3U Cubesats (NACHOS-1 and NACHOS-2), will allow scientists to detect, map, and quantify Earth’s dilute trace gases more easily, which is critical for learning more about everything from volcanology to climate change. These CubeSat demonstrations will help researchers determine whether constellations of CubeSat-like small satellites could gather and process high-resolution imaging data as efficiently as larger, single-platform satellites – at a fraction of the cost. NACHOS-1 launched February 2022 and was subsequently deployed (~400km and 52deg inclination) from the departing Cygnus spacecraft on June 30, 2022. NACHOS-2 was launched directly into orbit (~500km and 44.9deg inclination) on July 2, 2022, onboard the Virgin Orbit LauncherOne.

Atmospheric trace gases seeping from Earth’s interior and pouring from human-made sources give scientists unique insights into the nuanced systems behind things like local weather patterns, the biosphere, and climate change. If successful, NACHOS will mark the a major shift in the way scientists approach measuring atmospheric trace gases using space-based remote sensors and allow researchers to study these gases with far greater ease. 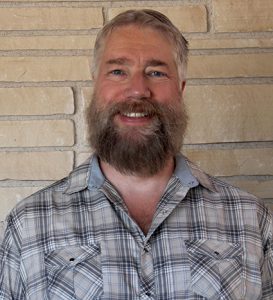 Steven P. Love is an experimental physicist, spectroscopist, and remote sensing instrumentation scientist. He is the project’s principal investigator and optics lead. He received his PhD in physics from Cornell University in 1991, and he has been a technical staff member in the Space and Remote Sensing Group (ISR‐2) at the Department of Energy’s (DOE’s) Los Alamos National Laboratory (LANL) since 1994.

Steve is assisted by co-investigators Kirk Post, James Theiler, and Manvendra Dubey, and engineering team Magdalena Dale, Logan Ott, Claira Safi, Hannah Mohr, and Kerry Boyd, all of whom are currently at LANL.