04/23/2021 – Circling the globe multiple times each day, a network of satellites carefully measures the Earth Radiation Budget (ERB)—or, how much solar energy Earth absorbs, reflects, and emits back into space. This information helps researchers learn more about everything from daily weather patterns to climate change.

Dr. Anum Ashraf, a researcher at NASA’s Langley Research Center, wants to ensure scientists continue to receive reliable information about Earth’s radiant energy system for decades to come. Using funding from NASA’s Earth Science Technology Office (ESTO), Ashraf and her team are hard at work developing a next-generation radiometric sensor, DEMonstrating the Emerging Technology for Measuring the Earth’s Radiation (DEMETER), that will not only dramatically reduce the size and weight of satellites sent to monitor ERB, but also greatly increase the utility of these instruments for meeting the evolving needs of the climate-modeling community. From Lower Earth Orbit (LEO), DEMETER will use a non-scanning, wide-field-angle optical module and a two-dimensional detector array to measure reflected solar radiation and thermal radiation emitted by the Earth between 0.2 μm and ≥50 μm. This range of radiant energy is particularly important for understanding how radiation impacts regional weather conditions and long-term climate data trends. DEMETER will improve the resolution of available ERB data by a factor of ten and—using an onboard data processing unit—provide researchers with access to ERB data in near real time, which is critical for understanding the relationship between ERB and dynamic, fast-changing Earth systems behind things like natural disasters and agricultural production.

Ashraf explains that researchers have monitored ERB with satellites since 1984, when the Space Shuttle Challenger delivered the Earth Radiation Budget Satellite (ERBS) into orbit. Since then, five other satellites have joined ERBS as part of the Earth Radiation Budget Experiment (ERBE) and the Clouds and the Earth’s Radiant Energy System (CERES) project to track energy interactions between Earth and outer space. 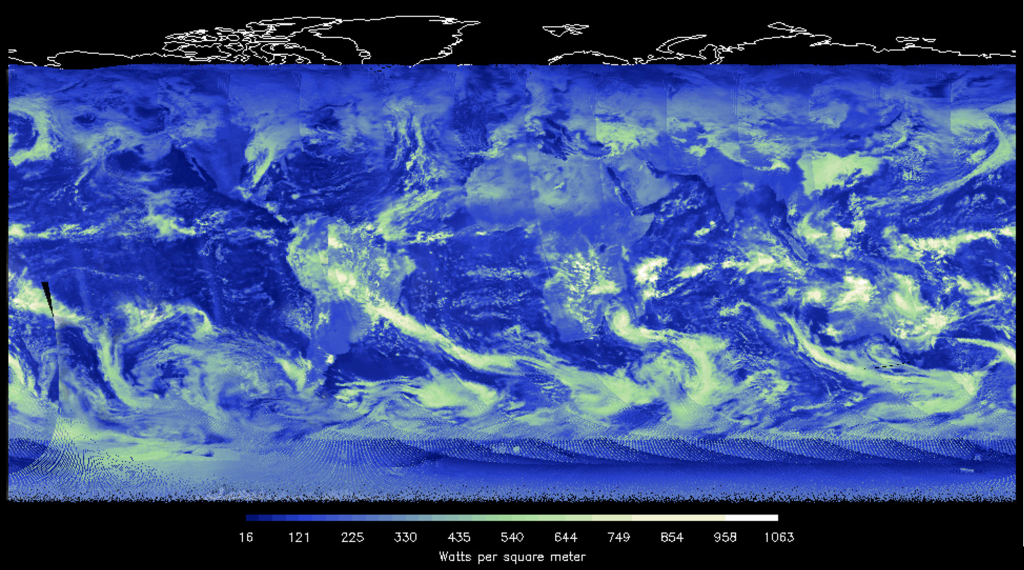 But while these instruments have proven themselves to be particularly durable (CERES FM-1 and FM-2, launched onboard the Terra spacecraft in 1999, continue to relay useful data), most of them are approaching the end of their planned lifespans. If these instruments were to expire, it would be extremely difficult to deploy a replacement in time to preserve the integrity and continuity of the ERB data record. 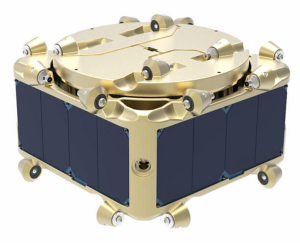 “Current ERB instruments that provide global broadband coverage contain complex scanning mechanisms that increase the mass, power consumption, and the cost of the payload, requiring a budget of at least 150 million dollars to get into orbit. Sending instruments that large into LEO isn’t a fast process, and even a small gap in the data record could affect our ability to create accurate models,” said Ashraf.

DEMETER would solve that problem. While the last ERB satellite sent into orbit weighed more than 2000kg, DEMETER could weigh as little as 90kg. And unlike other radiometers, DEMETER wouldn’t require a complicated scanning mechanism to track radiation. Instead, DEMETER’s wide-field-angle optical module would function as a simple “push-broom” sensor that could achieve superior global coverage using far less power.

“This not only makes it less expensive to launch a satellite for tracking ERB, but also increases the number of potential flight windows such a mission could have. DEMETER would be much less difficult to get into space than other ERB monitoring systems,” said Ashraf.

Another unique feature of DEMETER is the cellular architecture of the spacecraft that will carry it in orbit, which can be readily reconfigured to carry new payload elements or support different orbital environments. This allows Ashraf and other scientists to easily tailor DEMETER’s instrument platform to host a wide variety of instruments.

“For example, if we decide we need to include a different instrument to monitor ERB, we can quickly reassemble our spacecraft to accommodate that new payload. It’s like building with LEGOs. You just reconstruct the satellite framework as required,” said Ashraf.

Successful collaboration between private and public researchers is key to DEMETER’s success, said Ashraf. Without working with a private partner, DEMETER never would have incorporated the cellular spacecraft design that makes it such a versatile tool for monitoring ERB.

“ESTO provides institutional support within a competitive environment to drive innovation. It gives public researchers the chance to build relationships with private industry leaders, and that makes it a powerful resource for scientists trying to develop new technologies for studying our planet,” said Ashraf.

While DEMETER likely won’t fly until 2028, a final report documenting DEMETER’s system performance and a path to an accelerated flight mission is scheduled for September 2022.

“Being able to deploy ERB satellites quickly will be crucial for maximizing the value of this data record and producing invaluable insights into how ERB shapes the world we live in,” said Ashraf.