07/17/2020  Three tiny satellites that were only meant to operate for a few months are celebrating their two-year anniversaries of successful operation in orbit.

All three CubeSats achieved their core and shared purpose: to test and validate new technologies to monitor Earth from space. The teams behind the CubeSat Radio Frequency Interference Radiometer Technology (CubeRRT), Temporal Experiment for Storms and Tropical Systems – Demonstration (TEMPEST-D), and Radar in a CubeSat (RainCube) efforts hail from universities, NASA, and industry.

All three CubeSats are funded by NASA’s Earth Science Division and managed by the Earth Science Technology Office. They launched on May 21, 2018 from NASA’s Wallops Flight Facility on Wallops Island, Virginia to the International Space Station. They deployed from the space station on July 13, 2018. 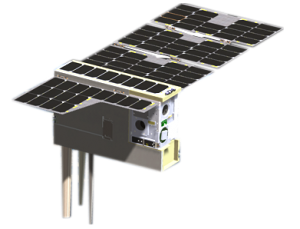 A rendition of the CubeSat CubeRRT.

The six-unit CubeSat mission demonstrated on-board, real-time Radio Frequency Interference (RFI) processing from space. RFI in spaceborne radiometry includes intruding signals emitted from man-made objects and non-natural sources that are near the targeted scenes of observation. They can impact the retrievals of geophysical variables like soil-moisture and atmospheric water vapor.

The team recently published its latest CubeRRT results in the journal, IEEE Xplore and received a patent for its ultrabroadband RF system. 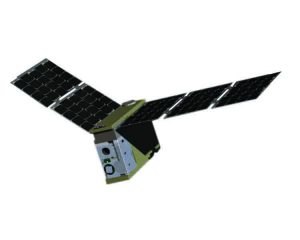 A rendition of the CubeSat TEMPEST-D.

The six-unit CubeSat mission demonstrated millimeter wave radiometer measurements to remotely sense the atmosphere at a high science cost-benefit. The mission paves the way for affordable constellations of satellites to provide temporal observations of cloud and precipitation processes on a global scale. In the past two years, the TEMPEST-D team has demonstrated that the performance of its miniaturized sensor is indistinguishable from legacy sensors used in operational weather forecasting and science investigations.

In its extended mission, TEMPEST-D has focused on downlinking timely imagery of high-impact weather events, like tropical cyclones, quantifying the long-term performance of the first-time-in-space low-noise amplifier technology in the sensor, downlinking long periods of contiguous data for weather forecasting data assimilation studies, and performing unique observations not possible with operational sensors.

TEMPEST-D captured novel dataset for studying multi-angle microwave sounding of the atmosphere and tested new approaches for increasing the vertical sampling of humidity and improving measurements in the planetary boundary layer.

During the 2019 hurricane season, the team tracked Hurricane Dorian as it strengthened and moved up the East coast. Since TEMPEST-D is a technology demonstration mission with only a single ground station at Wallops Flight Facility, not all data from the sensor can be downlinked to the ground. However, the team is currently gearing up for the start of its third hurricane season.

TEMPEST-D data are publicly available. A spare TEMPEST-D instrument is being prepared to fly on the US Air Force Space Technology Program (STP) H8 mission launching next summer to the International Space Station. The instrument will join another technology demonstration sensor, the Compact Ocean Wind Vector Radiometer (COWVR), to demonstrate low-cost sensor technologies for the Air Force and acquire simultaneous surface wind and atmospheric sounding data over the ocean. 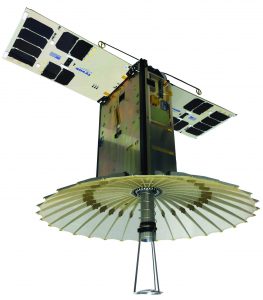 A rendition of the CubeSat RainCube,.

The six-unit CubeSat mission demonstrated the first radar instrument on a CubeSat. It validated a new architecture for Ka-band radars and an ultra-compact lightweight deployable Ka-band antenna in space to measure precipitation.

Over the past year, the RainCube mission has focused on better understanding the pulse compression performance of the radar instrument, improving ground models for processing the on-orbit radar instrument data, and improving the satellite’s pointing capability with new algorithms.

The RainCube team is also gearing up to perform an S-band downlink demonstration with the Amazon Web Services’ (AWS) Ground Network in 2020. This demonstration will help guide NASA on using these ground resources in future missions.

US patents were issued to two key elements of the RainCube radar payload – the parabolic deployable antenna and the offset IQ modulator. The article, “RainCube: the first ever radar measurements for a CubeSat in space,” received the 2019 SPIE JARS Best Paper for Photo-Optical Instrumentation and Design.

The team continues to make progress in the planned mission operations work, publish papers, and present on the successes and lessons learned for the project.