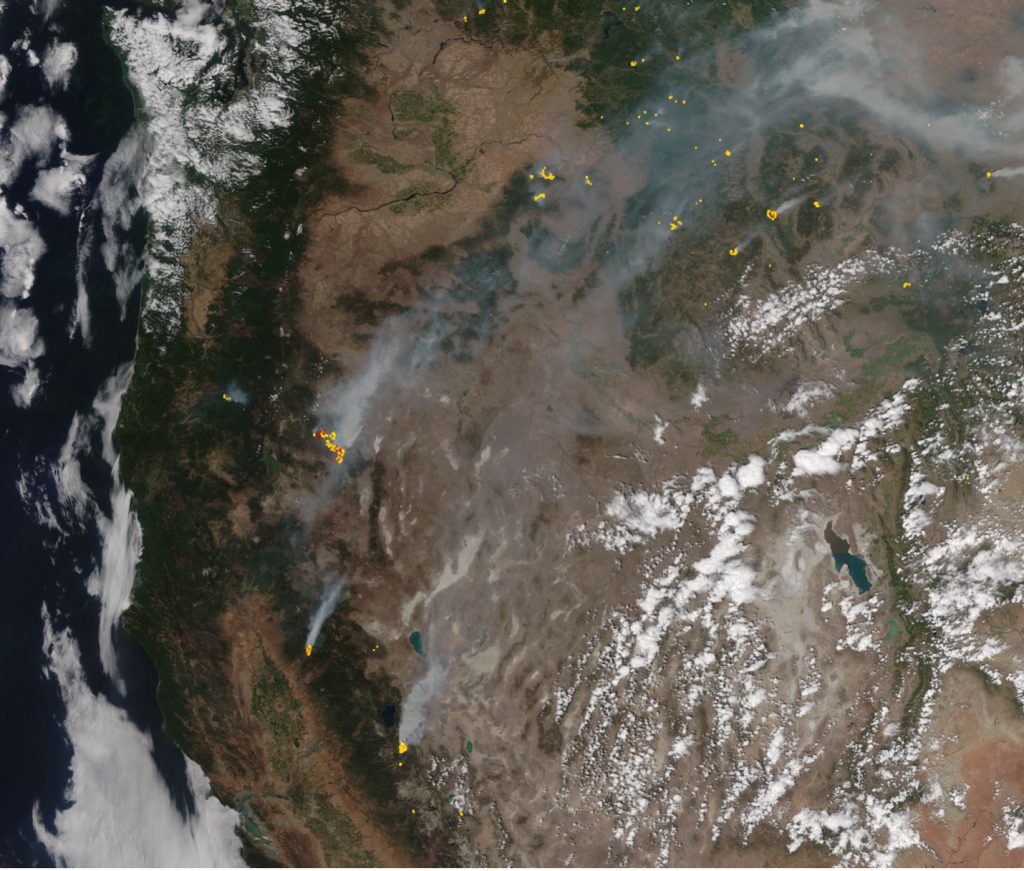 In the blink of an eye, floods, fires and fierce storms can lay waste to entire communities. NASA satellite data can help scientists predict these events with greater accuracy and even aid rescuers responding to disasters.

“When there’s an urgent need for NASA data, how do we receive, process, and disseminate that data in the most efficient way possible? That’s one of the questions we’ve been asking ourselves,” said Louis Nguyen, a Research Engineer at NASA’s Langley Research Center (LaRC).

With support from NASA’s Earth Science Technology Office (ESTO), Nguyen and his colleagues at LaRC developed a prototype software program that helps reduce data latency – the amount of time it takes data gathered by satellites and the derived data products to reach stakeholders back on Earth. Whereas current downlinking and processing can take as long as three hours, Nguyen’s Ground Station Observation Network (GSON) can deliver complete data packages in under 25 minutes.

“During flood and wildfire simulations, we successfully used GSON to acquire satellite data into larger emergency data packages that would be available to first responders trying to mitigate these disasters,” said Nguyen.

GSON meets NASA’s Open Source Science requirements and will be freely available to the public from the NASA Technology Transfer Program.

“This makes NASA satellite data more accessible to a diverse range of customers, from professional researchers and citizen scientists to emergency first responders coping with a crisis,” said Nguyen.

Earth-orbiting satellites must be within range of a receiving ground station in order to relay their data back to Earth. Depending on a satellite’s orbit and the amount of data it needs to share, it may take hours before it can link to an available ground station.

“This latency is problematic for emergency applications. Imagine you’re dealing with a rapidly changing event, such as a flood. By the time you get data that might help you understand the situation better, the landscape may have already changed significantly,” said Nguyen.

Amazon Web Services maintains a global network of ground stations capable of receiving, processing, and disseminating NASA data 24/7. But it lacks a unified information system NASA’s diverse user community can use to request specific data sets from various instruments and to customize with workflows tailored to their unique purposes.

“Depending on what a user wants to do with their requested data, they may need a data pipeline flexible enough to accommodate custom processing procedures. That type of program is critical for applying remote-sensing data sets to disaster mitigation,” said Nguyen.

For example, if a user wanted data describing a wildfire, that user could specify the satellite and instrument from which they’d like to receive data, reserve satellite contact with an Amazon ground station, and even set specific parameters for their desired data set through Nguyen’s GSON portal. When that satellite passes within range of a ground station, it will automatically downlink and process the custom data package before sharing it with the user.

“The data goes straight from the ground station into the cloud, where it’s processed according to the user’s specifications. The user can then access their finished data product remotely from anywhere in the world with an internet connection. It sounds like a lot, but the whole process can take less than half an hour,” said Nguyen.

Moving forward, Nguyen and his team plan on fine-tuning the GSON by participating in more NOS demonstrations and collaborating with other government agencies. Pioneering pathways for superior data acquisition using GSON will only make it a more useful tool for communities and researchers with urgent Earth data needs.

This project was made possible with funding from the Advanced Information Systems Technology Program (AIST), a part of NASA’s Earth Science Technology Office (ESTO).